Founders of the News for Chinese have made the multimedia platform survive and thrive despite the decline of traditional media.

Before the Covid pandemic forced companies to let employees work from home, Brian and Jean Ho, CEO and CFO of a local media outlet named the News for Chinese, had voluntarily made the same decision for a different reason.

The Hos moved their office into their South Bay residence in 2017. They also turned all their W2 employees into 1099 contractors around the same time. These cost-saving measures and other strategies helped them keep their business afloat while larger boats in the traditional media industry sank.

It has been an extremely tough decade and a half for traditional media. When Brian Ho planned to leave his employer for launching the News for Chinese 15 years ago, he was aware of the rise of social media but didn’t anticipate the extent of the impact it would have on traditional media. Back then, his employer, namely the World Journal, was the largest Chinese newspaper in North America with five branches. The San Francisco branch itself made millions of dollars per month.

“I was thinking if I could just make a small percentage of that, $100,000 per month would be good enough for a small business to survive,” said Ho, who had worked as marketing director for the World Journal, with abundant knowledge about how to get advertising clients.

Ho wanted to establish a purely local news media outlet, whereas local news merely took a small portion of the World Journal, which covers global events. Ho thought his different approach would win over a lot of readership and advertising, without knowing the whole landscape of the media industry was about to change.

Ho left the World Journal in 2008, the year he turned 50, and the year the Great Recession hit the media industry unprecedentedly hard. From 2008 to 2020, newsroom employment in the United States declined 26 percent, according to the Pew Research Center. It was during those years when Ho started and worked very hard to expand the News for Chinese.

“Not in my wildest dream would I imagine that one day I wouldn’t be able to pay my utility bills,” said Jean, Ho’s wife, and business partner. “We dried up the checking account.”

Instead of shutting down the cash-burning business, the Hos sold their rental properties. Even in the hardest times, Ho never considered giving up.

“It has always been my passion to provide information for the local community,” Ho said, recalling his creation of a small magazine, Bay Area Focus, with permission from his boss of the World Journal back in the 1990s.

After running Bay Area Focus as a side job for seven years, selling it, and seeing the buyer close it down soon afterward, Ho could not help dreaming of leaving his day job to founding a new Chinese-language media outlet for hundreds of thousands of first-generation Chinese immigrants in the Bay Area.

Even though the Hos had to save money for their two children’s college tuition, Jean let Brian pursue his passion. She said it’s because he is an entrepreneur by nature.

“He must venture into the unknown. That’s what drives him.” Jean said of Ho. “Or he would lose his sense of purpose in life.”

As for her own passion, Jean described herself as a dedicated and detail-oriented follower.

“Our society always emphasizes leadership skills, but there must be followers for a leader to lead,” said Jean. “If there were no followers, there would be no leader. So, I’m proud of being a devoted follower in our relationship. I follow him, picking up the pieces he has left behind. Sometimes I have to run ahead of him, to remove obstacles in front of him.”

“My hands are always full. I’m too busy to think about my passion. Don’t talk to me about passion! That’s too romantic for me,” she added.

Even so, Jean admits that she enjoys some of her workloads. Aside from taking charge of finances, she hosts a radio show for the News for Chinese, and she often gets to talk about her road trip experiences on the air.

Since the News for Chinese now breaks even, the Hos can afford to take a road trip once a month. During their road trip, they can work via the Internet from their RV.

The News for Chinese no longer has a sales team but gets to keep long-term advertising clients while obtaining new ones, according to Ho, who is not only CEO but also currently the only person in the sales department. Ho said his business growth strategies are apparently working.

To gain readership, all of the multimedia platform’s news outlets are free of charge. The bi-weekly newspaper of the News for Chinese comes out in three editions, South Bay, East Bay, and North Bay, all free for pick-up from local Chinese supermarkets. In the meantime, the News for Chinese website offers daily news updates.

In addition, the News for Chinese produces radio shows that are broadcast on KEST (1450 AM) from 1 to 2 pm Monday through Friday, as well as a three-minute news video that will be incorporated into a weekday news program of Sino TV, a New York-based Chinese TV station. The radio shows and TV news are also posted on the News for Chinese website and social media.

Although the multimedia platform is not as big as Ho once envisioned, he has adjusted his mindset, he said. After all, the News for Chinese has built a solid reputation.

“Now at least financially, I can take it easy. I just hope the News for Chinese won’t disappear in the future, after the end of my life,” Ho said. “I hope it will be put in good hands.”

While it’s too early to think that far, the Hos are planning for a much more immediate future. They will host an event next year to celebrate their multimedia company’s 15th anniversary.

This site uses Akismet to reduce spam. Learn how your comment data is processed. 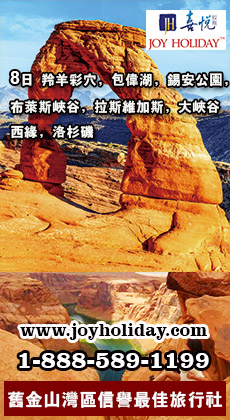 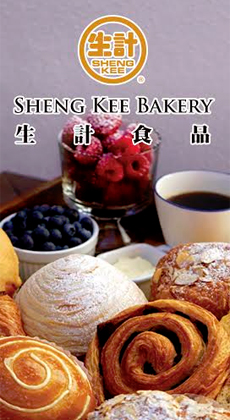